I love it here! 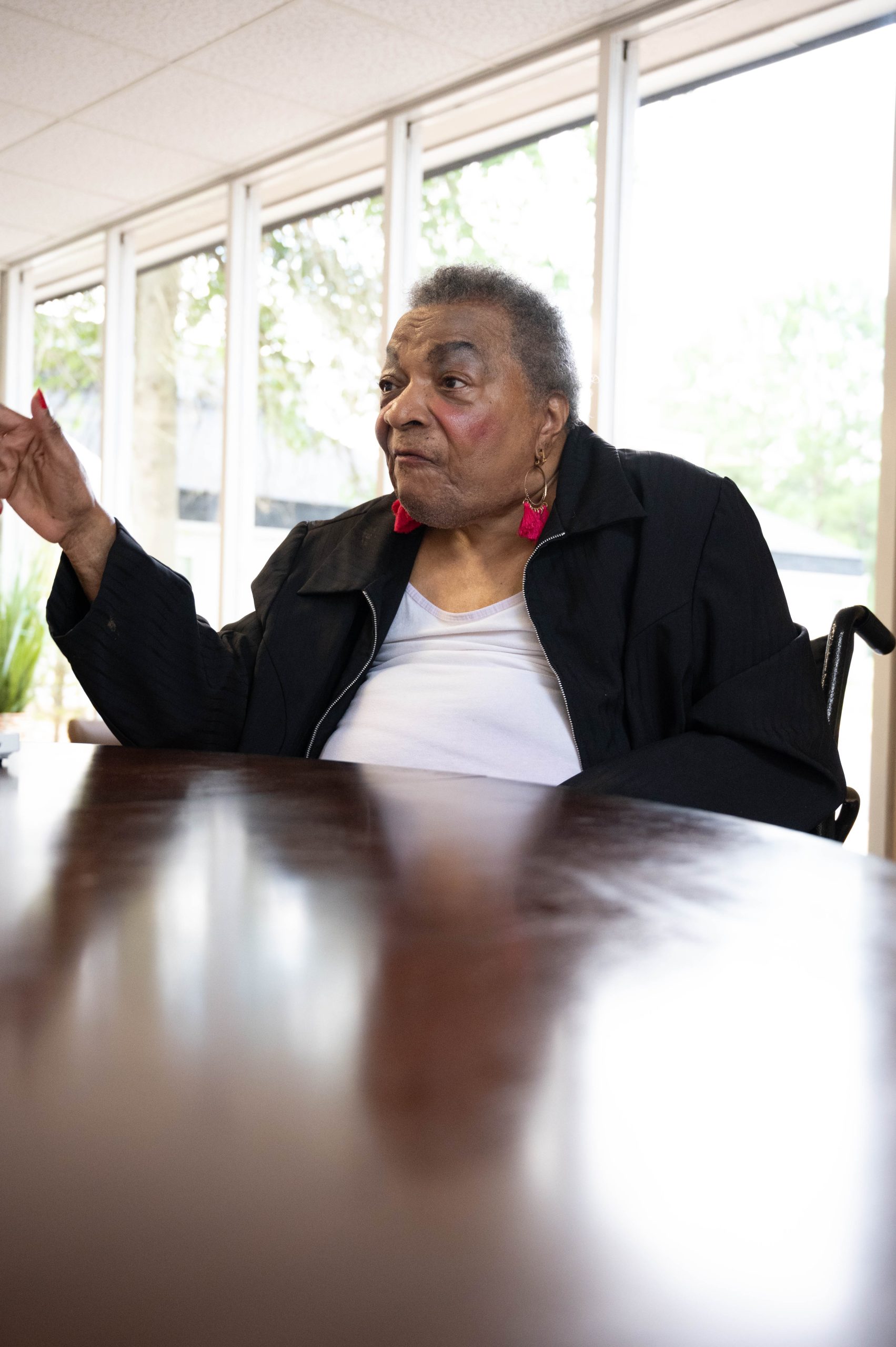 “I love it here,” she said. “Before I came to Parsons I was living by myself in an exclusive apartment, but I like it here so much. It’s better than living alone — I’m never going to leave!”

She enjoys having chef-prepared meals three times a day — especially when fresh string beans and yams are on the menu. She also enjoys socializing and spending time with her new friends and neighbors, like her best friend and fellow Parsons resident, Sarah Russel.

Vivian’s mother was a nurse and her father worked for the railroad. When Vivian was a child her family moved to Norfolk, Virginia. After high school, she went to North State University in Norfolk for two years before then going to Virginia State University. There, she earned her bachelor's degree in English with a minor in journalism in 1951. Vivian’s parents had predicted that she’d become a teacher, which is exactly what she did.

Vivian was teaching English at Huntington High School when she wrote a letter inviting legendary poet and author Countee Cullen to come and visit her class. Unfortunately, Cullen’s widow informed her that Cullen had passed away. Undeterred, Vivian invited her to come speak to her class instead, which she did.

Along the way Vivian met, fell in love with, and married a man who was a dentist. She went back to college and earned her master’s degree in communications and continued to teach.

These days she appreciates spending time with good friends, eating her favorite meals, and the special guests who stop by Parsons such as the “The Beazley Singing Beez” choir who enjoy performing for the residents.

This site uses Akismet to reduce spam. Learn how your comment data is processed.